Gwen is the matriarch.  She has definitely put her ‘stamp’ on things here at Cassandra’s Canines, and has always enjoyed the spotlight. Brimming full of energy, style and a ‘roo-roo’, Gwen has always been a constant source of joy for me. Freestyle, Rally-O, Rally-FrEe, Treibball and some Agility has kept her busy over the years. Her performance in competitions earn consistent top placements and high scores and I would always setp into the ring with her very grateful for her intelligence and earnest ways. She earned 1st place in the Heelwork to Music Beg Division in the 2009 WCFO World Championship competition and (among multiple perfect scores), obtained the overall high score for Rally Free World Video Event 2014. She has appeared in the television shows Animals at Work, The PetNetwork, and the 2013 PetNetwork Talent Hounds documentary. Gwen also danced her way into the premiere of Canada’s Got Talent TV show in 2012, making it into the top 3 percent of acts across Canada! 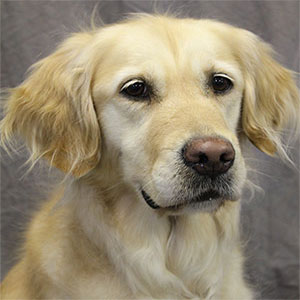 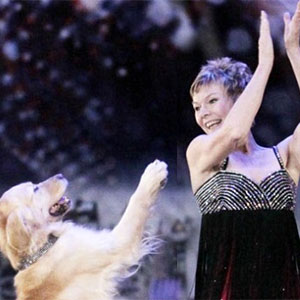 Fosse and Gwen are close in age and spirit. Littermates from identical but separate breedings, they have many similarities and a vocal ‘Roo-roo’ is one of them! Fosse is a hard worker and has enjoyed physical challenges. He is very light on his feet and is a joy to dance with, especially with complicated footwork. His titles in Obedience, Rally-O, Freestyle, Agility and most recently Treibball (Advanced)and Rally-FrEe (Championship), have all been achieved with high scores and placements and he is a very talented versatile boy. Fosse placed 1st in Musical Freestyle Beg Div. in the WCFO 2009 World Championships with ‘It’s Not Where You Start…It’s Where You Finish”. Fosse’s dancing talents were also featured in the 2013 Talent Hounds documentary. Fosse earned first place in intermediate and the overall high score for Rally Freestyle Element’s first World Video Competition 2013. He also enjoyed the honour of earning a perfect score alongside Gwen and Agnes’ perfect scores in the same competition! 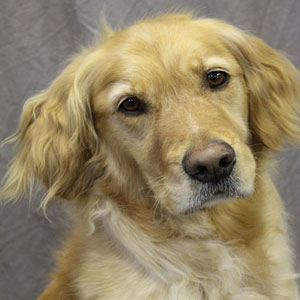 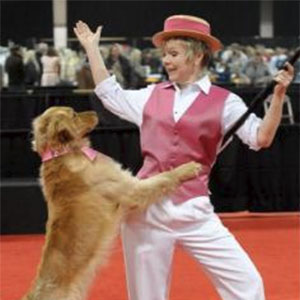 Toy Poodle Twyla has been a wonderful addition to my doggie clan. Don’t let her 6.2 lb weight fool you. She is all boss and is feisty and fun. She can be identified as the bouncing black and white blur beside me. She enjoys several sports and activities but loves freestyle and an ‘A frame’ the best! She appeared in the Talent Hounds documentary and is a crazy little ball herder in Treibball, earning her advanced title in Canines and Humans United and her novice in the American Treibball Association. CKC Top Agility Dog Award # 2 Toy Poodle 2013, 2016 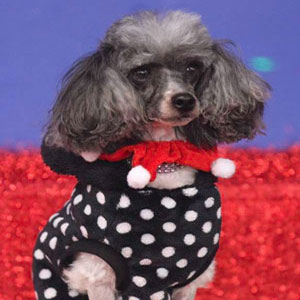 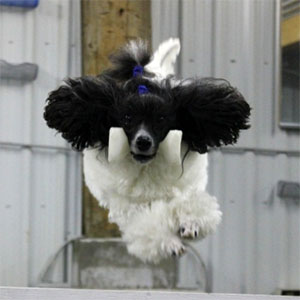 Sweet, fast, bright and eager, Agnes is an outstanding Border Collie and is hard at work (what Border isn’t J) in several dog sports. Primarily a freestyle dog, Agnes is also working and learning in Freestyle, Agility, Rally-FreE, and Treibball. She has earned an advanced Treibball title in Canines and Humans United and a novice in the American Treibball Association in this new sport and currently holds the Canine and Humans  time records in 3 different games!   She holds a Championship title in Rally-Free with multiple perfect scores and top placements.  She is enormous fun and enjoys the crazy tasks I give her. She is up for any challenge! 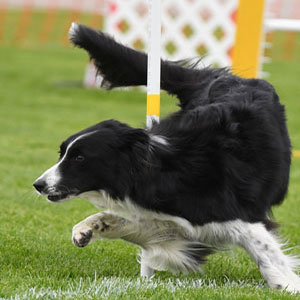 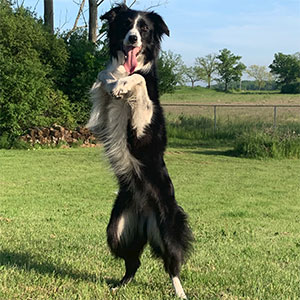 Glover is my boy from Texas and he is a charmer with a wonderful heritage. He learns at an alarming rate and is incredibly focused and driven to work with me. He has a wonderful memory and seems to hang on to every word in training sessions. I am proud to say that he earned his first Treibball title at the age of 6 months and achieved another novice title with the American Treibball Association at the age of 10 months. He finished his CHU Treibball Novice title at 16 months. He meticulous and joyful work in Rally Free have earned him 5 straight  perfect scores thus far.  His future is bright and I’m pretty sure his dancing skills certainly live up to his namesake! 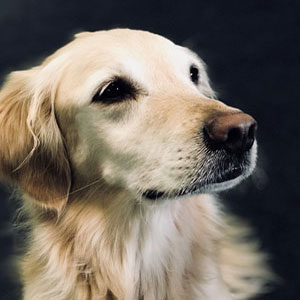 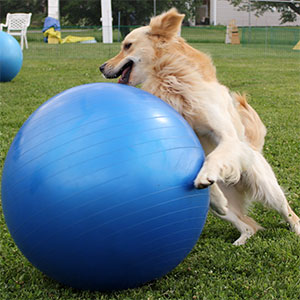 A half brother to Agnes and full of himself. Davis earned qualifying legs towards his puppy skills treibball title at the age of 5 months. Davis enjoys agility, treibball and of course musical freestyle! 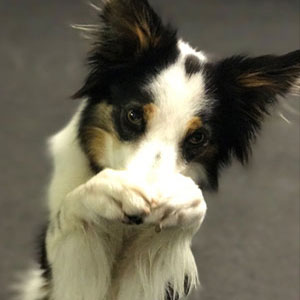 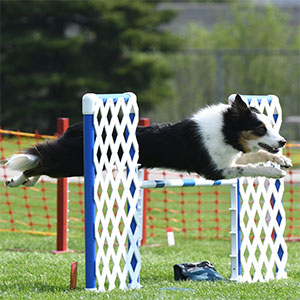 Matriarch Debbie  reigned until almost 17 years of age and was a fine example of Golden versatility and partnership. Athletic, skilled and strong willed, Debbie proved herself in many dog sport venues: Obedience, Rally-O, Agility, and of course Canine Musical Freestyle. After achieving her Obedience Trial Championship, Debbie went on to achieve outstanding performances and titles in CARO Rally and also took part in Agility. During this time, Debbie was instrumental in my development in Musical Freestyle and was an amazing willing partner right from the start. Debbie went on to really shine in this sport and I have had many, many proud musical moments with her. Debbie travelled extensively, competed and demonstrated with 100 percent energy and reliability. I could always count on Debbie. Her energy and stamina seemed to thrive in the venue of Musical Freestyle and sometimes I had to really work to keep up with her when performing! Among Debbie’s fine freestyle achievements were placements and high technical and high artistic and special awards at international competitions. She placed first in freestyle at the WCFO Dance Factory Competition in Holland, 2008, winning the High Technical and Artistic Score Trophy and placed 2nd in the DTC Sport European World Stars Challenge in Musical Freestyle and placed 3rd in Heelwork to Music at same. (Her sister Vera took first place). Debbie’s performances were featured in Animal Planets’ documentary on freestyle in 2008 at the WCFO International competitions, placing 2nd in the Pro Stars competition and placing 2nd in freestyle in the Animal Planet competition (sister Vera took first). This, at the age of 11years!  Debbie’s last full routine was performed at the age of 14.5 years and was a special routine indeed. The video is dedicated to Vera. Debbie was a wonderful ‘assistant’ when teaching, and even when ‘retired’ from the active performance career she had, she continued  to dance and  show off some skills to the younger wilder crew. I can truly say I would not be doing what I am today, if it were not for this girl. She stood by my side through many important lessons, in training and in life. She showed me the way. She was treasured and pampered by all her family and is is deeply missed by all.

Strength. Dignity. Wisdom. Power. Grace. This girl had it all. She had my back and I had hers. Thank you my girl, FOR EVERYTHING.
Holding you in my arms forever… We will dance again. XO 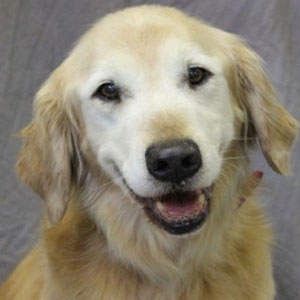 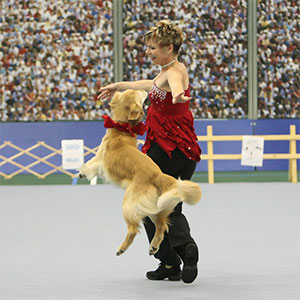 Vera was unassuming, quiet and not at all what one might think of a ‘typical’ performance dog…until she hit the spotlight…there she thrived, really shone and came into her own. Although skilled and highly successful in other dog sport venues, it was if she had found her purpose with Musical Freestyle. Her achievements in this sport were on an international level and were many. Vera was the World DTC Sport World Stars Heelwork to Music Champion in Holland 2008. She also took first place there at the WCFO DTC Dance Factory Competition. She shared Musical Freestyle placements with Debbie ( Vera 2nd, Debbie 1st) at the same competition. Vera was the 2008 Animal Planet Cup Freestyle Winner at the WCFO International Competition, also winning High Artistic and High Technical awards there and was featured in the Animal Planet documentary ‘ Dancing With Dogs’ filmed at that competition. Vera was WCFO’s World Championship winner in the Musical Freestyle Advanced division in 2009 and took 2nd place in the Pro Stars World Division.  From larger competitions and demonstrations to television shows, to small club demos, Vera touched her audiences – she had that ‘star’ quality, with a touch of humour.

For me, there will be no other dog partner quite as talented, bright, funny, nor as sweet as Vera. She was my teacher, emotional anchor, and amazing dance partner. She guided me and showed me the way through many, many important lessons and opened the door for opportunity and many wonderful achievements. I am forever grateful and proud of ‘My Star’, and she was truly loved for just being ‘Vera’.

I will always feel she should be dancing at my side, and in a way, she still is.
Loved and cherished forever… 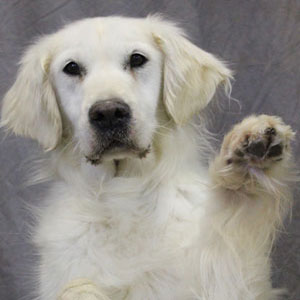 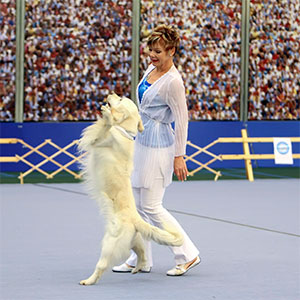